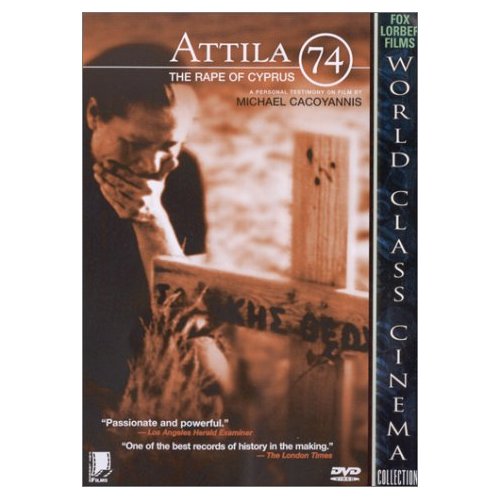 ISTANBUL – A Turkish actor has retracted his confessions about killing 10

Greek Cypriots, including a prisoner of war, during Turkey’s 1974 military operation in Cyprus. After fierce reactions, he said he made the whole thing up to attract attention to the brutality of war.

Actor says killings ‘scenario’ «I did not anticipate the issue becoming such a big deal and I apologize,» Atilla Olgaç told daily Hürriyet yesterday, after strong reactions from Greek Cyprus, Greece and Turkey.

«This story has been in my head for 30 years. I wanted to make a movie like ‘Saving Private Ryan’ and I have been working on this scenario for a long time. I told this imagined scenario on television as if it was real,» he said. Explaining that he wondered how people would react, Olgaç said his aim was to shock people. He also said he did not engage in any armed conflict on the island.

Olgaç earlier told a Turkish television program that while serving in the Turkish army during the 1974 operation he shot at least one prisoner dead on orders from a superior. «The first person that I killed was a 19-year-old soldier who was taken prisoner. When I aimed my gun at his face, he spat on my face. I shot him in the forehead. He died. Later on, I killed nine more people during clashes,» Olgaç said.
Although Olgaç retracted his statements, they created public outrage in Greece and Greek Cyprus. Speaking to Greek Cypriot newspapers and television channels he repeated his retraction. Appearing on Sigma television Olgaç swore on the Koran that what he said was not the truth. The Greek Cypriot press, however, said Olgaç had been «silenced» because of the public reaction and his retraction was «out of fear.»

Greece and Greek Cyprus are urging Turkey to investigate the issue. Greek Cypriot Government Spokesman Stefanos Stefanou on Friday described the interview as «shocking» and said it was the first time anyone had made such an admission. He said Olgac’s remarks underscored Turkey’s obligation to abide by the European Court of Human Rights rulings and cooperate in uncovering circumstances of disappeared persons.

In Greece, Foreign Ministry Spokesman George Koumoutsakos said Olgac’s account was «a stunning testimony and confession» and he urged Turkey to take action. «Turkey must cooperate to ensure that all the disappearances that took place during the Turkish invasion are fully investigated,» Koumoutsakos was quoted as saying by the Associated Press.

Olgaç was also widely criticized by the Turkish media for his remarks. «Tactless wolf,» the daily Hürriyet headline said on Saturday, referencing a popular local television series, «Valley of the Wolves,» in which Olgaç starred. Turkey launched a military operation on Cyprus in 1974 using its rights under the 1960 Treaty of Guarantee in response to an Athens-backed coup aiming at union with Greece. Around 1,500 Greek Cypriots and 500 Turkish Cypriots vanished during the communal clashes in the early 1960s and 1970s. A United Nations-sponsored exhumation and identification program has so far unearthed the remains of 466 people from 230 burial sites on both sides of the divide.